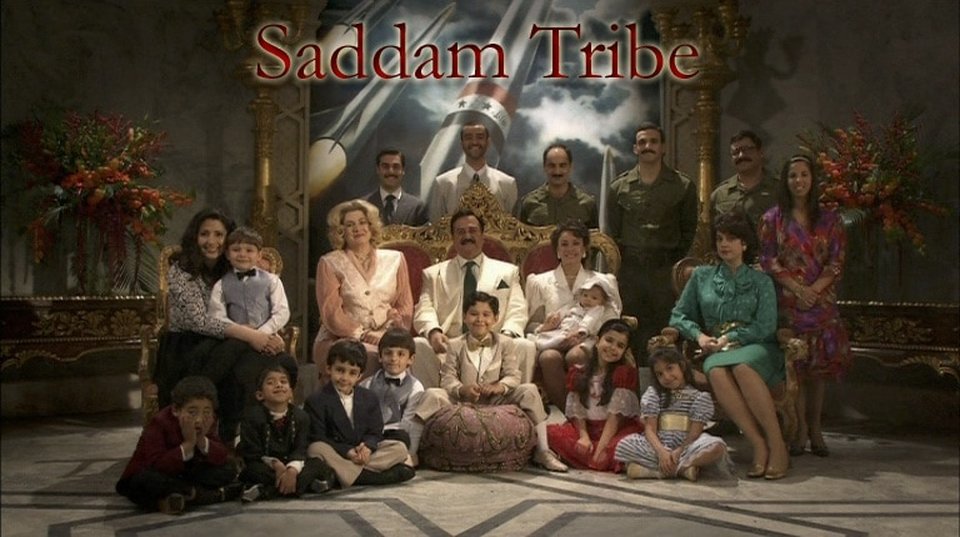 The invasion of Iraq in 2003 brought a dramatic end to Saddam Hussein's brutal regime. But behind the headlines lay an even more extraordinary story of family and tribal loyalty, rivalry and betrayal.

Inspired by interviews with Saddam's daughter Raghad and other key eye-witnesses, as well as extensive research, this drama gets to the heart of the dictator's tyranny and his eventual downfall.

Examining how Saddam retained power for over a quarter of a century and eventually lost it, the film describes how the fate of a whole nation turned on the fluctuations of family loyalty and, eventually, of family betrayal amidst a descent into debauchery and corruption.

From gold AK47s to champagne-guzzling parties and luxurious palaces, Saddam's Tribe chronicles some of the extraordinary excesses Hussein and his immediate family and closest advisors were used to on a regular basis.

Saddam's power was built on a government made up of trusted family members. Prominent among them were his psychopathic playboy son Uday and his ambitious son-in-law Hussein Kamel. But in 1995 a bitter power struggle erupted between the two men.

Caught in the middle was Raghad Hussein, whose loyalties to father, brother and husband were challenged as the battle for control of Iraq reached its vicious, bloody climax. From pampered politician's wife to exile, Raghad would go on to emerge from the ruins as the fallen leader's heir.
©-2021 Latif Yahia All Rights Reserved